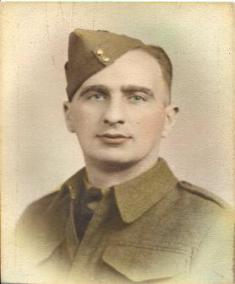 When the Second World War began, the Regiment once again guarded the St. Lawrence canals. Mobilization came in June 1940, and the Regiment absorbed companies from the Princess of Wales' Own Regiment and the Brockville Rifles to form an overseas battalion that went to England in 1941 as part of the 9th (Highland) Brigade, 3rd Canadian Infantry Division.[4]

The SD&G Highlanders landed in Normandy on D Day and was the first regiment to enter Caen, reaching the centre of the city at 1300 hours, July 9, 1944.

Fifty-five days later, 112 SD&G Highlanders had been killed in action and 312 more wounded in the Falaise Gap. The Regiment fought across France via Rouen, Eu, Le Hamel and Boulogne, moved into the Netherlands and took part in the amphibious landing across the Savojaardsplaat, and advanced to Knokke by way of Breskens. It moved next to Nijmegen to relieve the airborne troops, and helped guard the bridge while the Rhine crossing was prepared. The Regiment then fought through the Hochwald and north to cross the Ems-River and take the city of Leer.

At dawn on May 3, 1945, German marine-units launched an attack on two forward companies of the SD&G Highlanders, occupying the village of Rorichum, near Oldersum, that was the final action during the war, VE Day found the SD&G Highlanders near Emden.[4]

It was said of the Regiment that it "never failed to take an objective; never lost a yard of ground; never lost a man taken prisoner in offensive action."

Altogether 3,342 officers and men served overseas with the SD&G Highlanders, of whom 278 were killed and 781 wounded; 74 decorations and 25 battle honours were awarded. A total of 3,418 officers and men served in the 2nd Battalion (Reserve); of them, 1,882 went on active service and 27 were killed. A third battalion raised in July 1945 served in the occupation of Germany and was disbanded in May 1946.[4] From Wikipedia: https://en.wikipedia.org/wiki/Stormont,_Dundas_and_Glengarry_Highlanders#Second_World_War_2 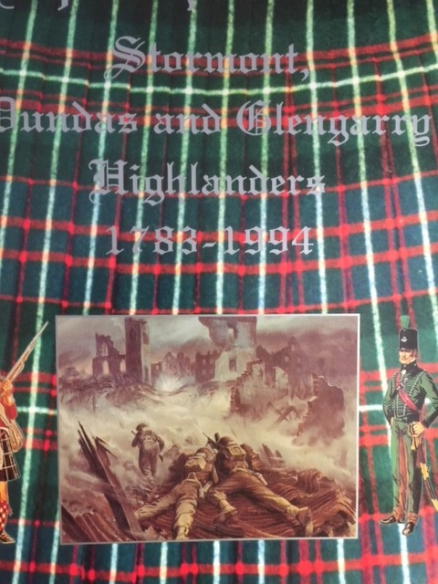 "Up The Glens" is the story of the military heritage of the United Counties of Stormont, Dundas & Glengarry written by Lieutenant Colonel W. Boss, CD and published in 1952 with a revised edition completed by Brigadier General W.J. Patterson OMM, CD

A page - below - from the book shows E.S. Osborne with two asterisks ** signifying wounded twice. 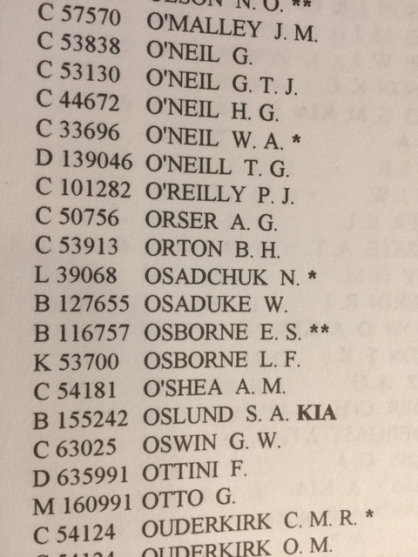 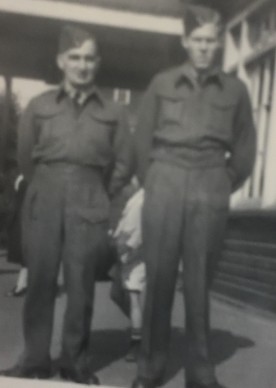 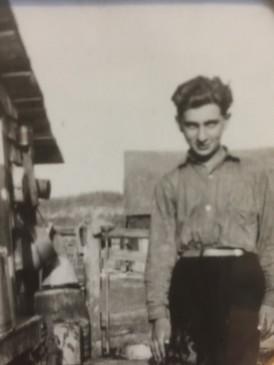 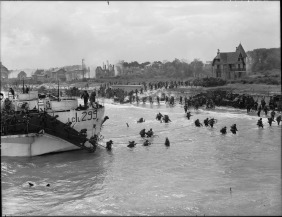 George Pollard was a member of SDG and was one of 20 murdered by members of the 12th SS Panzer Division Hitlerjugend over the course of several days and weeks. The Ardenne Abbey massacre occurred during the Battle of Normandy at the Ardenne Abbey, a Premonstratensian monastery in Saint-Germain-la-Blanche-Herbe, near Caen, France.