The Osborne and Hurley families and World War I and II. These two families have common roots in Echo Bay, Ontario and share a proud history of military service.

Their stories and photos are being assembled as a tribute to their service and sacrifice.

Many visitors to this site will recognize themselves as the generation holding the responsibility and the best opportunity to document their family's military history for the generation after us and those to follow.

This famous poem reminds us of the obligation we share...

In Flanders fields the poppies blow Between the crosses, row on row,

That mark our place; and in the sky

The larks, still bravely singing, fly Scarce heard amid the guns below.

We are the Dead. Short days ago We lived, felt dawn, saw sunset glow,

Loved, and were loved, and now we lie In Flanders fields.

Take up our quarrel with the foe: To you from failing hands we throw The torch;

be yours to hold it high. If ye break faith with us who die

We shall not sleep, though poppies grow In Flanders fields.

From Wikipedia, the free encyclopedia

"In Flanders Fields" is one of the most famous poems about World War I, and has been called "The most popular poem" produced by the war.[1] It is written in the form of a French rondeau. It was written by Canadian physician and Lieutenant Colonel John McCrae on May 3, 1915, after he witnessed the gruesome death of his friend, Lieutenant Alexis Helmer, the day before. The poem was first published on December 7, that year in Punch magazine.

May 2010, a military tour to Europe including a Welcome Back Canadians event in Holland and various military sites in Belgium and France of WW1 and WW2 significance to the Osborne and Hurley wartime military service. 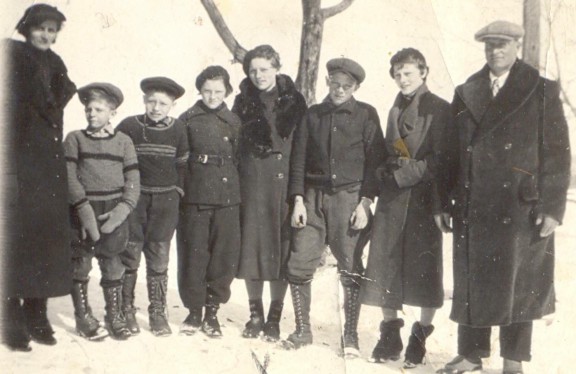 Mary and Art Hurley at each end, with left to right Rauleigh, Wilbert, Leta, Norma, Bruce (Bud) and Sylvia 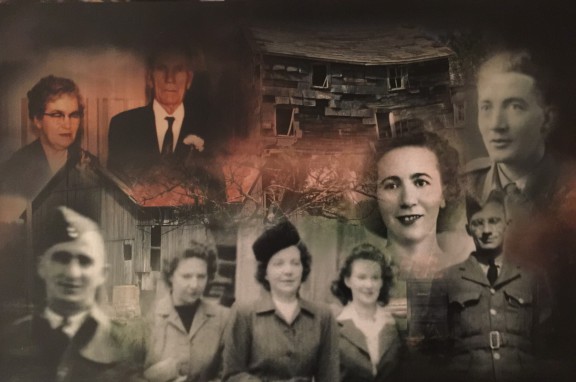