Recalling those who contributed to Sault Ste. Marie broadcasting…

This edition of Sky Studio is dedicated to Dave Patterson 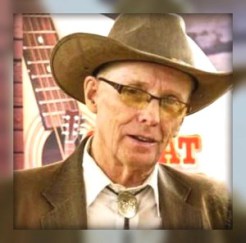 Dave is known and recognized by many across Northern Ontario and elsewhere for his long serving and dedicated role in creating and maintaining The Northern Ontario Country Music Association (NOCMA) as well as his time meeting clients’ advertising needs while with Sault This Week as well as serving clients and listeners while in radio. His online profile includes his 1976 through 1994 work association with Gilby Canada.

“Back in the 1960s Grace Kozak, a local well-known performer and promoter, started using the term "The Great Northern Opry" in her music shows, but she did not register that name.

“The organization that gave birth to the country music effort in Sault Ste. Marie, was the original Country Club and was created by the efforts of Al Mooney, George Pinder and Carol and Dave Patterson in 1989. From that, The Sault Ste. Marie and District Country Music Hall of Fame was formed back in 1991, by those same founders, with Don Ramsay as the first inductee.

Former broadcaster and sales representative for radio/television and later print, John Chambers says, “Dave and I were friends and working acquaintances for close to 30 years. He was very friendly and would go out of his way for anybody. I’ll miss him.”

“Very good memories working with Dave in formation years of the Country Club,” recalls colleague and former broadcaster Bruce Krause. “His enthusiasm benefited his organization and Q104 at the time as well. Condolences to his family.  His legacy will continue.”

Musician Ric Datson commented, “He helped keep country music alive for Northern Ontario over these 30 plus years and we appreciate all you've done. I have been honored to be the drummer for most of the shows since day one, with the induction of Don Ramsay into the Hall of Fame, doing all the singing contests for the Country Club with New Country, the great Northern Ontario Tour with the Texas Street Band, and backing up countless performers with Mike Case & White Stallion. Rest In Peace and thank you Dave for your love of country music. You will be missed."

Deb Kaye, a Sault Ste. Marie recording and performing star internationally was inducted into the Northern Ontario Country Music Hall of Fame in 2005.On her Facebook she posted, "I am so sad to hear of the passing of one of the most tenacious men I have ever known..He lifted the country music scene of Sault Ste. Marie into the atmosphere. Against all odds and nay sayers, he managed to create a way to honour and celebrate the many talented artists in our city in ways that we never dreamed possible. Dave Patterson! He was made of country music right down to his boots.Thank you sir for your commitment to us and to the music of Ontario. My heart goes out to his whole family. There are no words that soothe at this time. We are here ... standing by you."

Dave left us as he was dancing to and enjoying country music at a Saturday matinee event.

(Thanks to James Warner-Smith for efforts in the Messenger Group, source for some of the recollections included in the above.)

Recalling those who contributed to Sault Ste. Marie broadcasting…

This edition of Sky Studio is dedicated to Judy McDougall 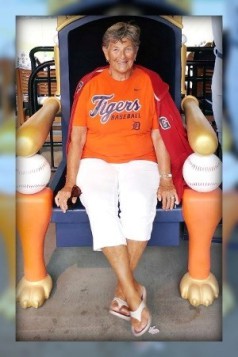 Many kind and generous words of praise have been offered about Judy McDougall as she joined colleagues in Sky Studio June 4, 2022.

Common themes from those who worked with Judy surround her welcoming, supportive nature and ability to do many functions at the radio station, always pitching in when needed.

Johannes (Hans) Geenen recalled, “So sad...I worked with Judy a number of years... just first class all the way...Terry McPhee and I were heavily involved with the Musical Comedy Guild while employed at CFYN..we needed a seamstress for one of the shows..Funny Girl..Judy said she would help out and ultimately took on the whole task with help..what a trooper...always willing to pitch in...she'll be missed. R.I.P. Jude....”

Mike Beckwith worked at CFYN/CHAS 1977-78 and says, “I was only 17 and she made me feel welcome, she handed out the cheques… she always was dressed nice and had a smile on! We had good talks and the Friday handing out of cheques blossomed into a half hour talk.......I will miss her.”

Scott Witty remembers her in the front office, “… always smiling and dressed to a tee. I believe her role was in traffic and in advertising. I was so young and working evening and weekends.“

Darryl Adams, still in broadcasting now in Cornwall, remembers Judy as fun to be around, “… seeing her bright smile when I walked up the stairs to the radio station on Queen Street. She was a gem and her memories of her kindness and laughter will remain in our hearts. Amazing lady. Rest In Peace Judy!”

John Chambers says, “So enjoyed working with Judy at CFYN, and all those wonderful summer bbq parties with the gang, out at the famous Goulais Bay camp, all those years ago! A true dyed in the wool, Orange and Blue Detroit Tiger's fan, Judy was a kind, funny and talented woman, who will be missed.”

“Tracey, your mom was great to work with,” says Liz (Baia) Boyle, adding: “Beautiful, strong, woman who was full of life.   Hard worker but always had a sense of humor. Loved hearing her banter with Dave Macdonald over his Cleveland Indians. Don't tick her off or she'd have a few choice words for you especially if you brought in a commercial order last minute...right George and John? Her favorite place to be was Goulais. Judy loved to be at camp on her days off. Work just happened to get in the way. We had the pleasure of spending a weekend at camp to relax and enjoy camaraderie while having a few bevy and playing horseshoes. Highlight was good ol' Bob Wood wearing his "Real Thing" pants. A lot of great people worked together during our Gilder days, and Judy always made it a fun place to work.”

Vancouver CTV weathercaster and host, Marke Driesschen recalls, “Not only was CFYN my first job in radio, it was my first venture out into the world on my own.  I'd left my home in suburban Toronto in the summer of 1979 to pursue my dream of working in radio.  Sure, I was excited but there were also times of doubt, stress and loneliness in adopting to a new life in e new place.  Judy was a warm, welcoming presence who helped you find your way around, make sure you did your paperwork so you could get you paycheck (which was pretty small, back then!) and keep you grounded and focused when you needed it.  She was the den mother to all of us wayward radio orphans trying to make sense of this strange business we chose.  Because of her kindness and caring, we all chose wisely.  She helped make my first year in the business one of the best.  Thank you, Judy.”

“Was saddened to learn of Judy's passing, says Dave Webb. “She was great to work with. My heartfelt condolences to the family.  Rest in peace Judy. ❤⚘”

(Thanks to James Warner-Smith for starting a ‘Judy Tribute’ Messenger group, source for much of the above.) 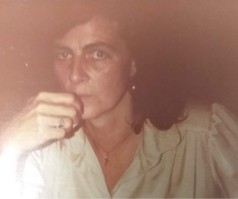