Broadcasting was fun... wasn't it?

MediaFest, a 1995 reunion of broadcasting and media colleagues in Sault Ste. Marie was an historic event that can't be repeated - many who attended have left us, as recorded on the Sky Studio Honour Role seen on the Broadcasting page.

A video production called, "Broadcasting was fun...wasn't it?" created for MediaFest primarily by Jerry MacDermid and Albert Jones, included archive video/film footage and photos of eras gone by. Some of those now in Sky Studio are seen on this video, bring both a smile and a tear watching them now.

Click here to step back in time....Broadcasting was fun...wasn't it? 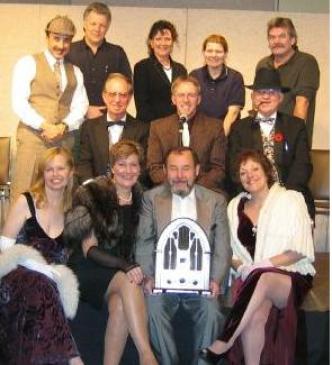 A group of former broadcasters and connected others, formed an Old Time Radio Players group recreating performances of radio show scripts from the 1930s and 1940s. 'Shows' were put on at most nursing and senior's facilities as well as a huge Christmas production, "1939" at the Canadian Bushplane Heritage Centre...you'll see pictures of some of these events below...

From a performance at the Art Gallery of Algoma

There’s over 200 years of broadcast experience on stage from a line-up of a dozen or so former Sault Ste. Marie broadcasters and current theatre performers and musicians. That's probably more eexperience on one stage at one time of any Old Time radio group anywhere.

... some other links of interest: 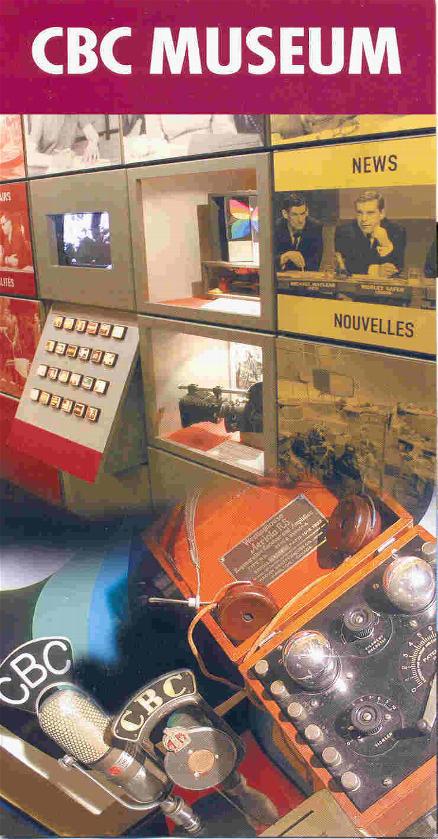 In the days before computer created graphics, 'art cards' were land lettered/drawn/painted and used in television production by making a slide of them or putting them in front of a studio camera.

AT CJIC Television most art cards were created in the ealry days by Ken Danby (who became a renown Candian artist http://www.kendanbyart.ca/), Ken MacDougall ( media story here) and Bob Jenkins (media story here) who is also a well-known area musician. Some of Bob's work below:

Below, Lou Turco, Wolfman Jack and Art Osborne in CJIC Television studios during a local telethon. Wolfman Jack starred on WNBC-AM, New York, hosted a syndicated program on, "Live from Planet Hollywood", was featured in the song, "Clap for the Wolfman" by the "Guess Who, and played himself in the movie, "American Graffiti". It was quite a night in at CJIC TV with ‘The Wolf’, whose presence attracted a huge viewing audience calling in donations and making the telethon a huge success. 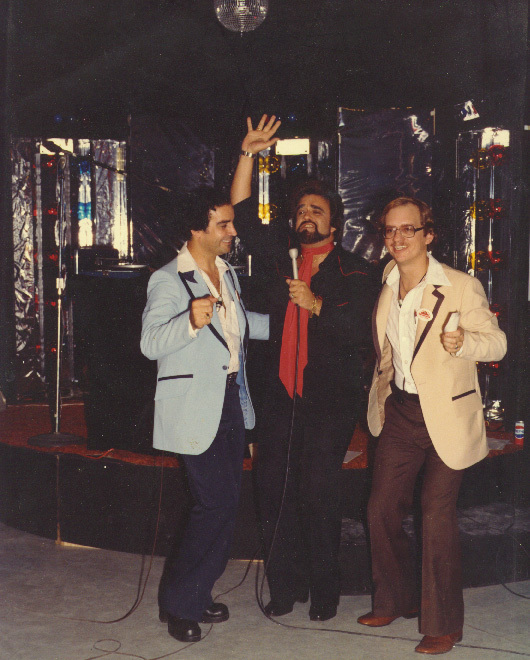